To use python packages that are not included in the AWS Lambda runtime, you must create a Layer. This post explains what AWS Lambda is and outlines how to create a Layer containing tator-py and add it to your Lambda.

What is AWS Lambda?​

AWS Lambda is an event-driven compute service. It allows you to execute a script in response to events occurring in other AWS resources, such as S3. The configuration of these event responses are called Triggers. The script is given details about the event(s) triggering it as an input, allowing it to use this information to perform its task.

What is a Lambda Layer​

Why use a Lambda function​

Some of our customers have existing workflows that upload media to S3 that need to be imported into a project in Tator. This requires an intermediate step, which could be manual or automated, and AWS Lambda provides a convenient S3 PUT event trigger that allows the Lambda to run on new uploads to a bucket (and it can even filter by prefix). This is also better than a standalone automated approach because it is only using resources while it is active and it does not need to poll the bucket for the appearance of new objects.

First, create a temporary folder to work in, containing a directory named python:

The zip archive we create must have a python folder at its root, otherwise Lambda will not be able to find the installed packages.

Next, install tator-py in the python directory:

This will also install all required dependencies for tator-py. Finally, create the zip archive that will define the Layer and remove the temporary directory:

Navigate to the AWS Lambda Layers page (taking care to select the desired region) and click the "Create layer" button: 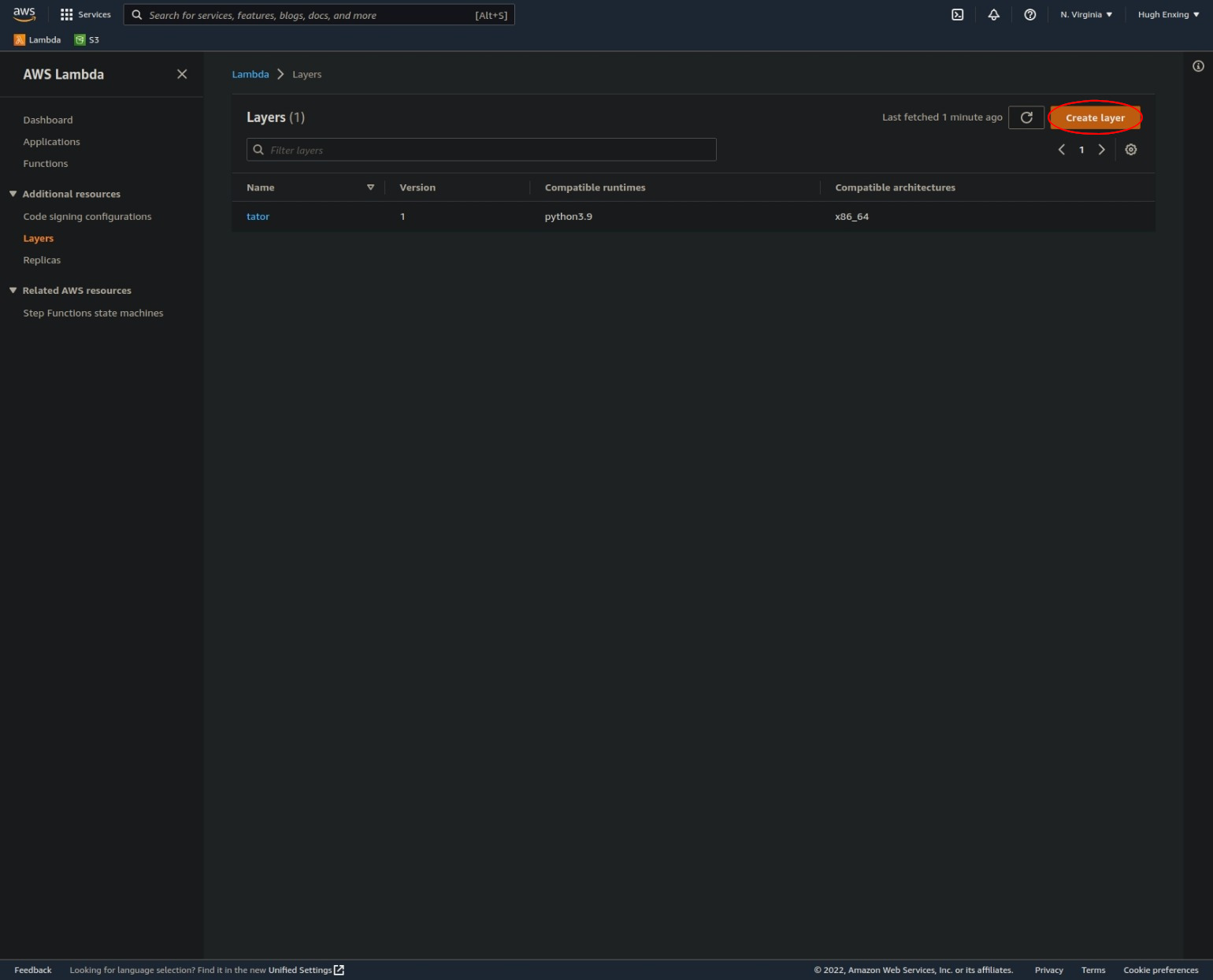 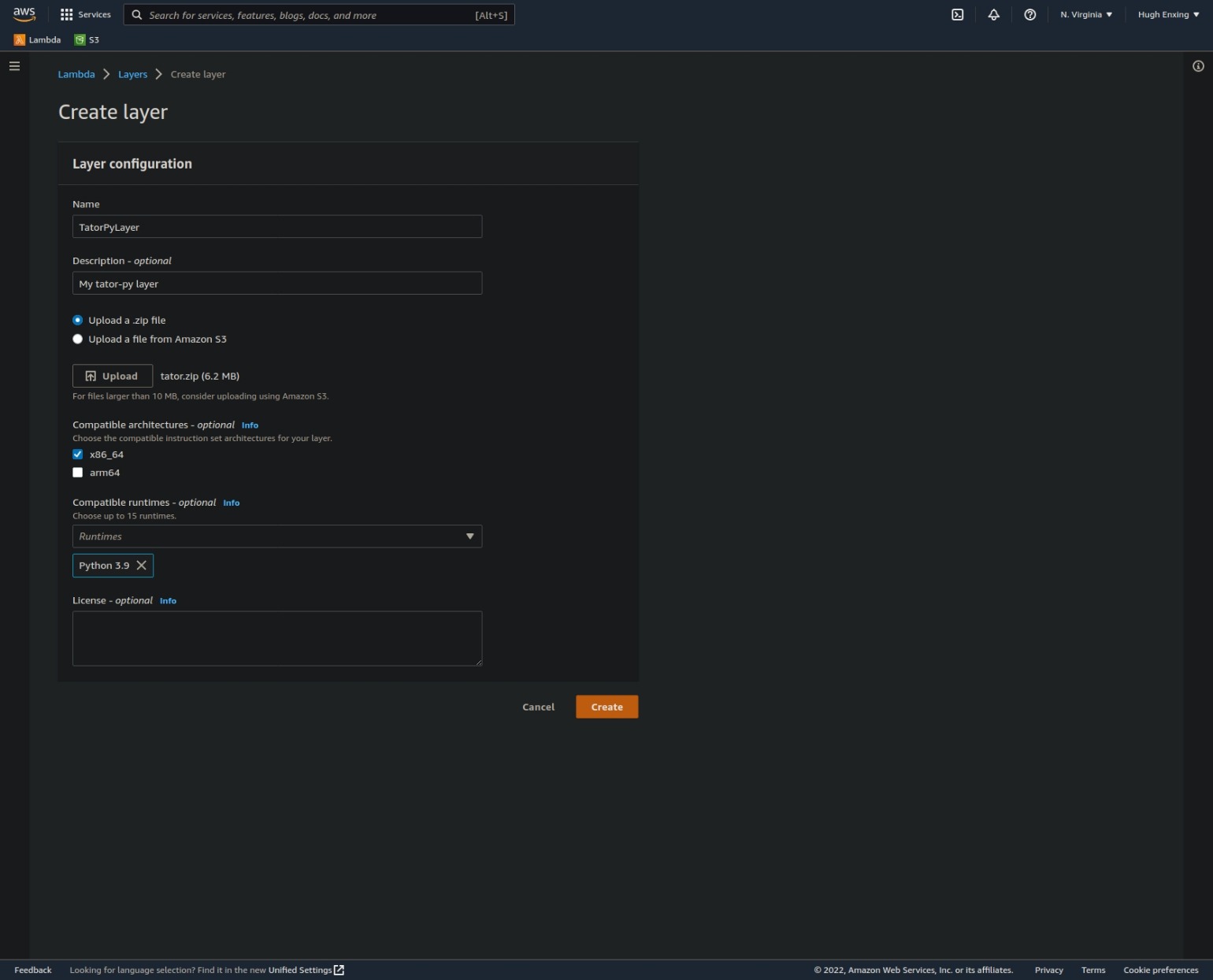 Add the layer to a Lambda function​

On an existing Lambda function, scroll to the bottom of the "code" tab and click the "Add a layer" button: 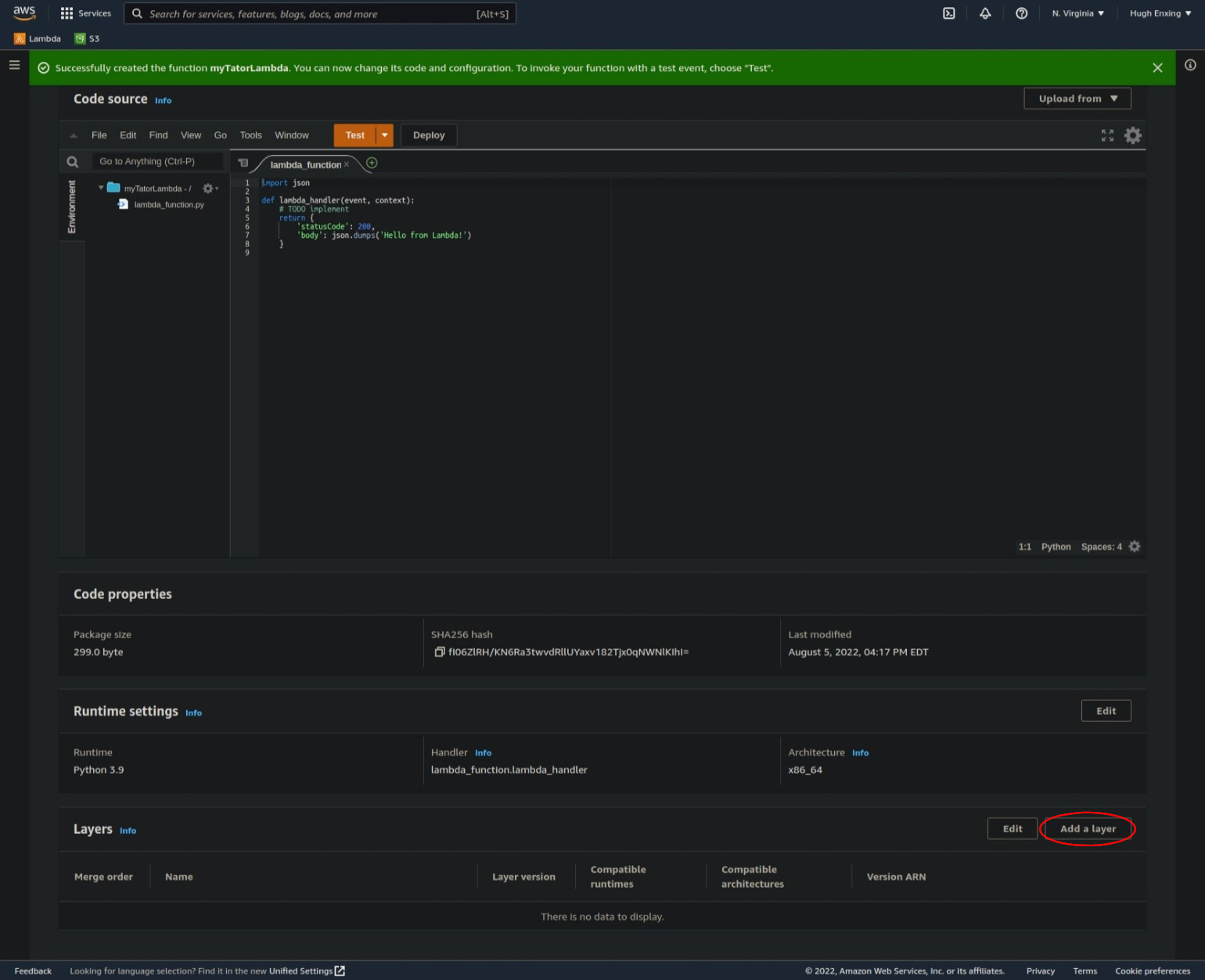 Select the "Custom layers" option, then from the drop-down, choose the layer created in the last step: 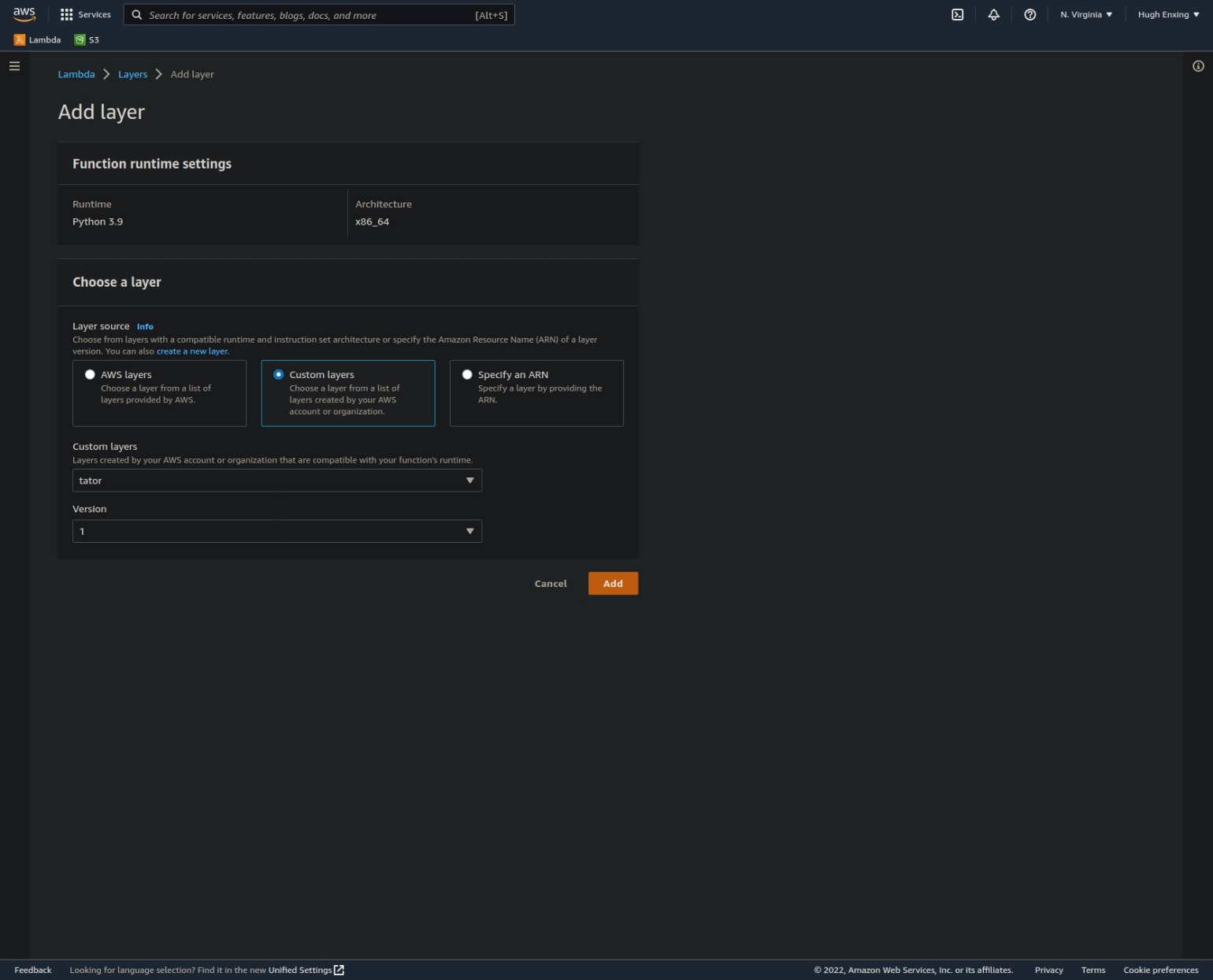 Now that the layer has been added to the Lambda function, you can import tator and use the tator-py interface to Tator. See the reference documentation for more information.